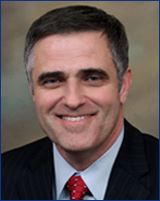 Republican Scott Wilson is currently serving his third term as Metropolitan Councilman in District 4. He was first elected to office in January 2, 2009. In 2012, he ran unopposed, officially taking office for his second term on January 2, 2013 and was re-elected in 2016. Councilman Wilson is presently serving as President Pro-Tempore.

A Baton Rouge native, Scott is a graduate of Redemptorist High School and earned a degree in Business Administration and Finance from LSU. Scott is employed by Derashnie Enterprises, an intermodal trucking company specializing in containerized cargo transport throughout the South. He currently serves as Vice President, managing the company's day-to-day business operations including 23 employees.

As a local small-business owner, Scott understands the challenges faced by local employers and employees alike — a perspective he can drawn upon while serving on the Council. Also, Scott brings a wealth of business experience to the table which he has pledged to use to ensure hard-earned taxpayer dollars are never wasted.

Scott is the father of two children, a son, Connor and a daughter, Parker. They are members of St. Alphonsus Catholic Church.

View the map below and learn more about requests for service, permitting activity, police and traffic incidents, and more in Council District 4 — all part of our commitment to transparency and digital citizen engagement through open data. For more information, visit Open Neighborhood BR: Council District 4.