Spanish Town was placed on the National Register in 1978 and became a Local Historic District in 2008. Spanish Town is significant in the area of architecture and culture. Spanish Town was laid out in 1805 and is the oldest neighborhood in the City of Baton Rouge. Its narrow intimate streets, its irregular block layout, and its high concentration of historic buildings give it the special character of a neighborhood which grew up before the age of the automobile. Spanish Town includes architectural styles dating back to 1823, including Greek Revival (notably the Stewart-Dougherty House), Queen Anne, shotgun houses, and craftsman bungalows.

Street view of a block in Spanish Town on N Seventh street that highlights the narrow streets with large, downtown buildings in the background of the neighborhood 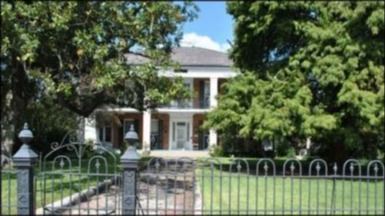