Drehr Place was placed on the National Register in 1997 and became Baton Rouge’s first Local Historic District in 2005. The name comes from Alvin Drehr’s purchase of the roughly 40-acre site in 1919. With most of the houses built before the Great Depression, the Drehr Place Historic District is a well preserved neighborhood, and it well represents historic twentieth century architecture within Baton Rouge. Classical Revival/Colonial Revival and Craftsman/Bungalow appear in the greatest numbers, with a wide variety of examples in each category. Within this mixture are a few landmarks in styles such as Mediterranean/Spanish and Modernistic. The district is heavily shaded, with many mature live oaks that provide a wide canopy over the sidewalks and roads. Drehr Place also well represents the early 20th century “garden suburb” with its rear alleyways and relatively small lots. 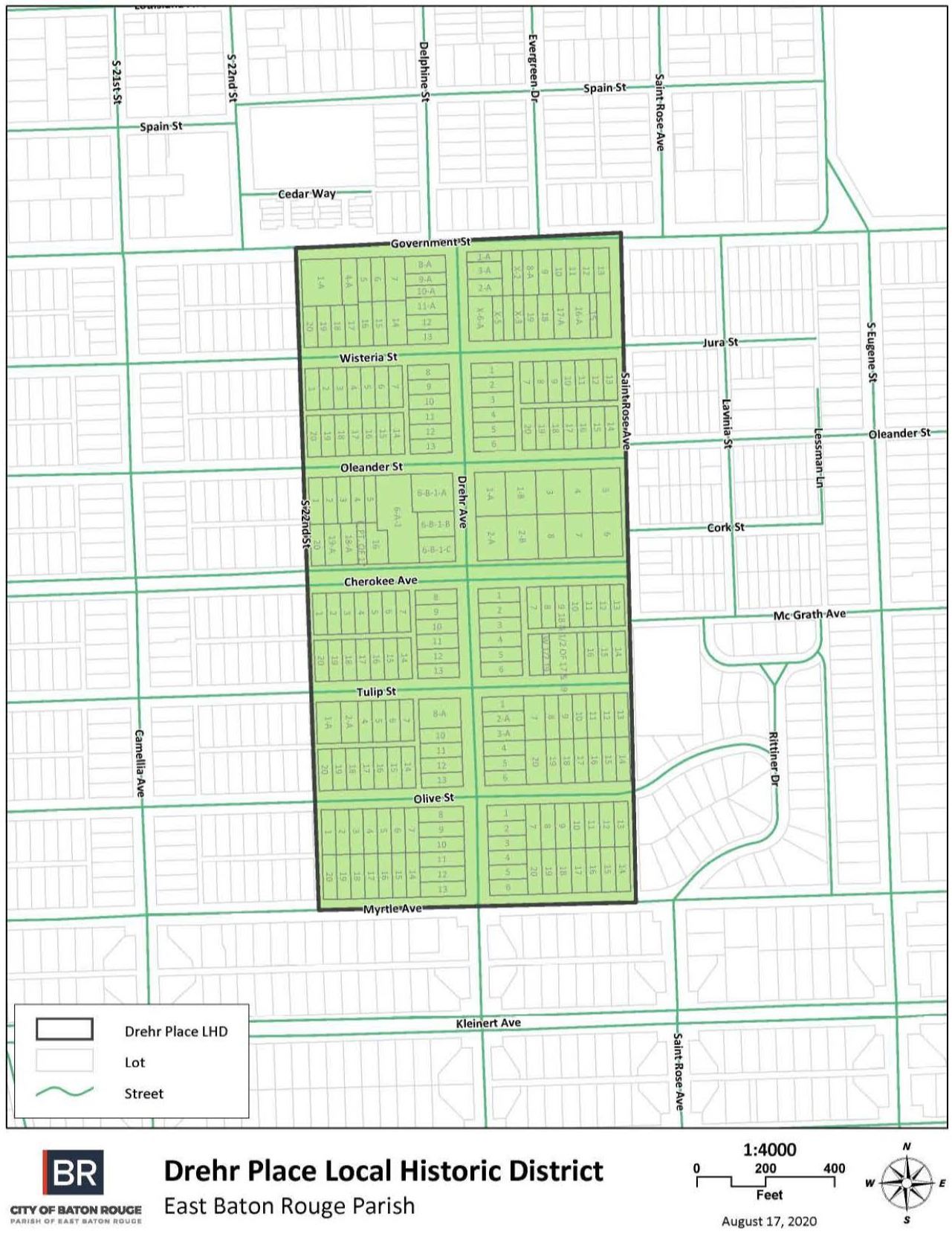 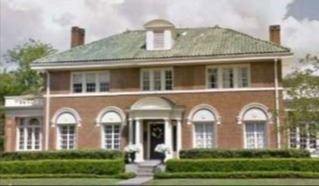